Get to know Damon.

Terri & I went to High School together in Borger, TX and were High School sweethearts. We went our separate ways in College and reunited 5 years later after we both completed college.

Our oldest is our son Brennen who is a University of Houston graduate and works in Houston as a Digital Media Strategist for a mission organization called For All Mankind Movement (FAMM). Our daughter Kali is our youngest and is currently a Math major at the University of Houston (takes after her momma!).

Tough question because I have a favorite for different types of writings but I would have to say my favorite would be David Jeremiah.

I love to go on a cruise with my family. There is plenty of activities and you NEVER have to say "So, where do you want to eat!"

You might think I would say Jesus...He's not my hero, He's my SAVIOR because he was, is and will always be perfect...I can't relate to that. Now, someone I can relate to is the Apostle Paul. He struggled so many times to do what was right and got it wrong many times, but God know his heart and used him in mighty ways despite his past and ongoing failures.

As much of a sports fan as I am, I don't care for football and soccer is very hard for me watch...too much running for nothing!

I laugh most with my family usually playing a game or watching a movie...I'm usually laughing at something stupid I did or said that wasn't meant to be funny!

Leave my cell phone at home and take my wife and kids somewhere nobody knows we are...preferably with a mountain view!

Baseball...great game of skill and talent!

I love to see the Word of God come alive to someone. As they read something and have that "Ah Ha!" moment as God reveals himself to them.

The greatest superhero of them all...Captain America!

I'm not big on any of them.

Just because he has been around for so long, has great integrity, is a phenomenal musician and has written many of my favorite songs, I would have to say Stephen Curtis Chapman.

From the time I was 4 years old I had always said I wanted to be a Dentist. Until one day when was 14 and was assisting a Dentist, who was a family friend, in an emergency room and just about passed out. My plans changed that day! 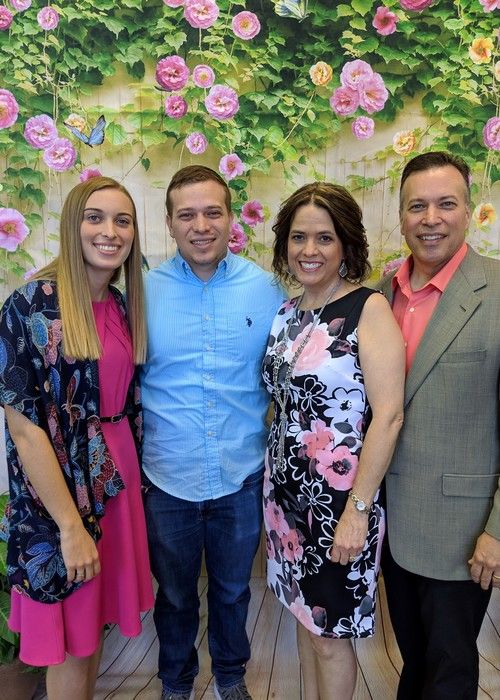 Back to meet the staff